THE BATTLE OFF SAMAR

TAFFY 3 MODEL SHIP GROUP
The Battle off Samar was the centermost action of the Battle of Leyte Gulf, one of the largest naval battles in history, which took place in the Philippine Sea off Samar Island, in the Philippines on October 25, 1944.  As the only major action in the larger battle where the Americans were largely unprepared against the opposing forces, it has been cited by historians as one of the greatest military mismatches in naval history.

Adm. William Halsey, Jr. was lured into taking his powerful 3rd Fleet after a decoy fleet, taking with him every ship in the area that he had the power to command. After subtracting Halsey's entire force the only remaining American forces in the area were three escort carrier groups of the 7th Fleet. The escort carriers and destroyer escorts which had been designed to protect slow convoys from submarine attack had been repurposed to attack ground targets, and had few torpedoes as they could normally rely on Halsey's fleet to protect them from any threats from armored warships. A Japanese surface force of battleships and cruisers, battered earlier in the larger battle and thought to have been in retreat, instead turned around unobserved and encountered the northernmost of the three groups, Task Unit 77.4.3 ("Taffy 3"), commanded by Rear Admiral Clifton Sprague. Taffy 3's three destroyers and four destroyer escorts possessed neither the firepower nor the armor to effectively oppose the 23 ships of the Japanese force, but nevertheless desperately attacked with 5 in 38 cal guns and torpedoes to cover the retreat of their slow "jeep" carriers. Aircraft from the carriers of Taffy 1, 2, and 3, including FM-2 Wildcats, F6F Hellcats and TBM Avengers, strafed, bombed, torpedoed, rocketed, depth-charged, fired at least one .38 caliber handgun and made numerous "dry" runs at the Japanese force when the American planes ultimately ran out of ammunition.
​
Sprague's task unit lost two escort carriers, two destroyers, a destroyer escort and several aircraft. Over a thousand Americans died, comparable to the combined losses of American men and ships at the better known Battles of the Coral Sea and Midway. But in exchange for the heavy losses for such a small force, they sank or disabled three Japanese cruisers and caused enough confusion to persuade the Japanese commander, Vice Admiral Takeo Kurita, to regroup and ultimately withdraw, rather than advancing to sink troop and supply ships at Leyte Gulf.  In the combined Battle of Leyte Gulf, 10,000 Japanese sailors and 3,000 Americans died. Although the battleship Yamato and the remaining force returned to Japan, the battles marked the final defeat of the Japanese Navy, as the ships remained in port for most of the rest of the war and ceased to be an effective naval force.  (Source: Wikipedia) 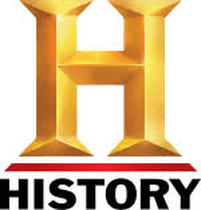 See The History Channel's "Dogfight - The Death of the Japanese Navy" which includes an incredible documentary of The Battle Off Samar.  Click on the icon to view.
​Please visit www.history.com

A great resource of information on the The Battle Off Samar, please visit:
​www.bosamar.com 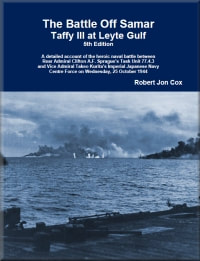 Contained within the website above (www.bosamar.com) is a wonderful on line book entitiled, "The Battle Off Samar - Taffy III at Leyte Gulf,  by Robert Jon Cox.  Click on the image to the left and it will take you straight to the on-line book. 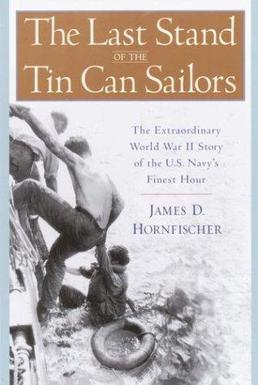 ​And of course the "Bible" when it comes to telling the “David versus Goliath,” naval story of The Battle Off Samar  author James D. Hornfischer's "The Last Stand of the Tin Can Sailors"  is wonderfully researched and written masterpiece.  I purchased the audio book version of this must read for my cross country drives this summer.  It is so well written and produced that I listened to it over four times - and it wouldn't surprise me if I listened to it again on my next road trip.  The audio version also contains some audio interviews where who can hear directly from some of the heroic survivors themselves.
​Click on the link to the left or go to www.jameshornfischer.com for more information and you can also view a video of the History Channel's, "Dogfight - The Death of the Japanese Navy" a superb documentary containing the events of The Battle Off Samar.